#4257: Several items that used to have their own status bar entries have been merged into VS Code’s new language status area. This can be found from the {} icon next to the language in the status bar. 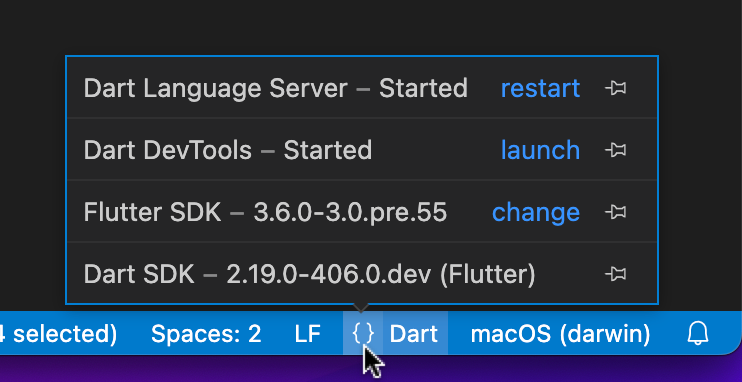 Clicking the “pin” icon against an entry will move it back to being always visible on the status bar.

#4284: When creating a new Flutter project using the Flutter: New Project command it’s now possible to set the default platforms that should be enabled for new projects. This can be accessed from the “cog” icon when entering the project name. 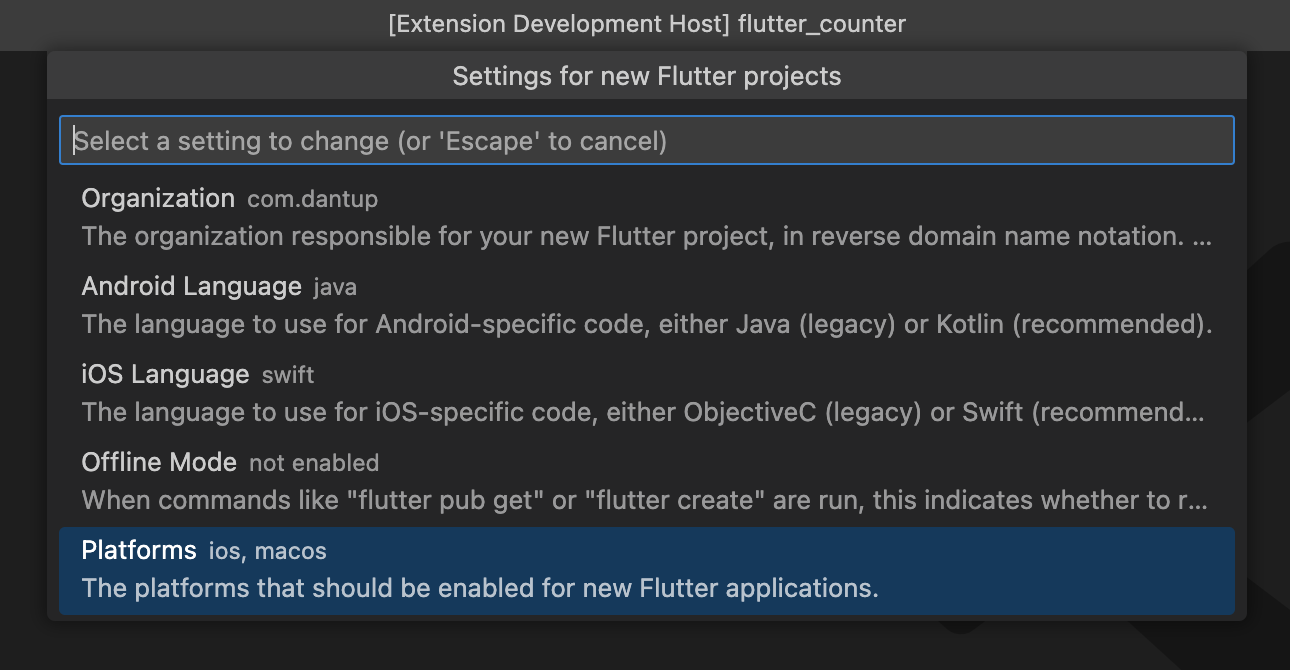 These can also be set directly via the dart.flutterCreatePlatforms setting.

The following items depend on changes to the Dart/Flutter SDKs that have not yet been released to stable channels. They will show up automatically after you upgrade to the next (non-hotfix) Dart/Flutter SDK release. If you’re using a recent beta or master version, these items should be available to you and any issues should be reported on GitHub in the usual way.