A new test runner has been added that will render test results in a tree in the Test Side Bar. 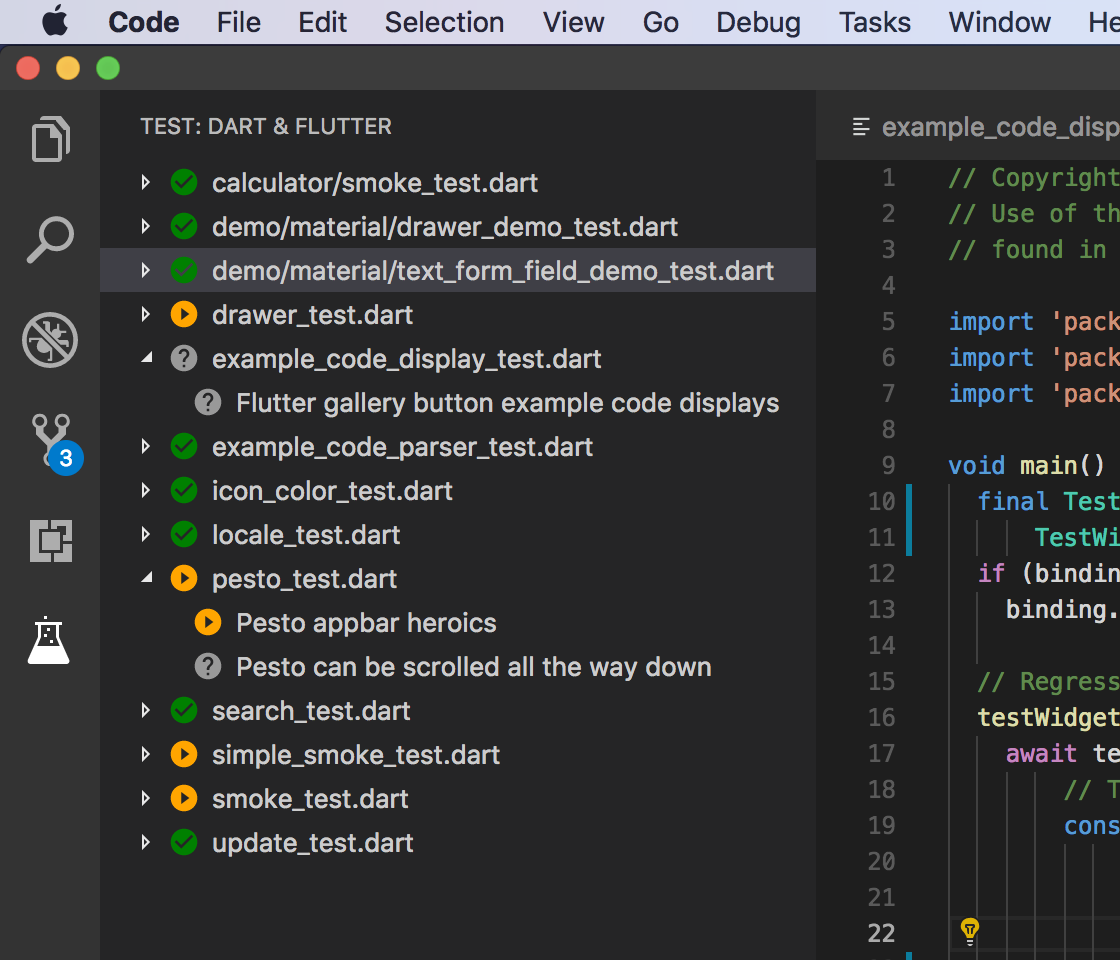 Currently there is no detection of tests so they will only appear once you start running them which can be done with F5/launch.json, using the Start Debugging/Start Without Debugging options on explorer context menus or using the new Run All Tests command (noted below) to run all test files.

Clicking on a test will open the Output pane if there is any output from the test and also navigate you to the test in the source (note: navigating to the source required a change in Flutter which is currently only available on the master channel). 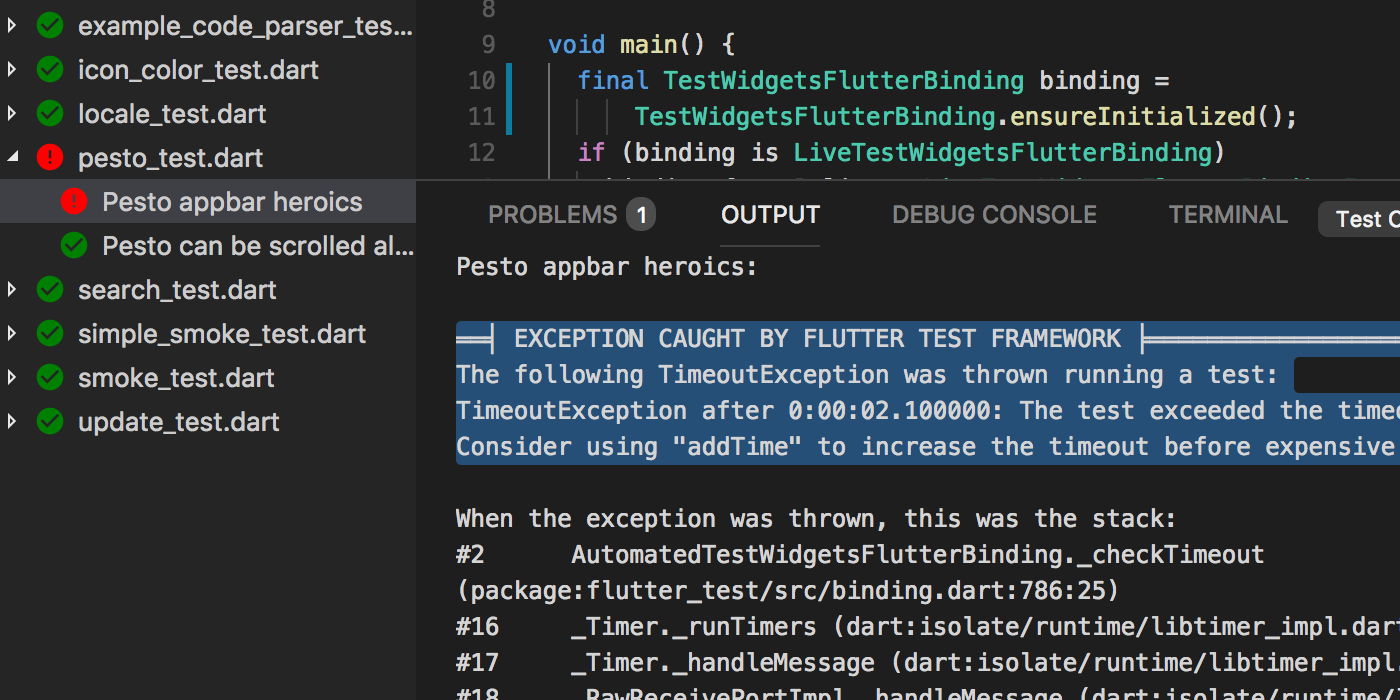 Note: By default this is only enabled for Flutter projects. You can opt-in for Dart projects by setting the dart.previewTestRunnerForDart setting to true though there may be some edge cases where this currently does not work correctly.

A new command has been added to quickly run all tests in your project (the equivalent of flutter test or pub run test). This command will spawn a concurrent debug session for each workspace folder that contains tests.

Go To Implementation has been implemented to allow you to quickly jump to implementations from abstract members/interfaces. 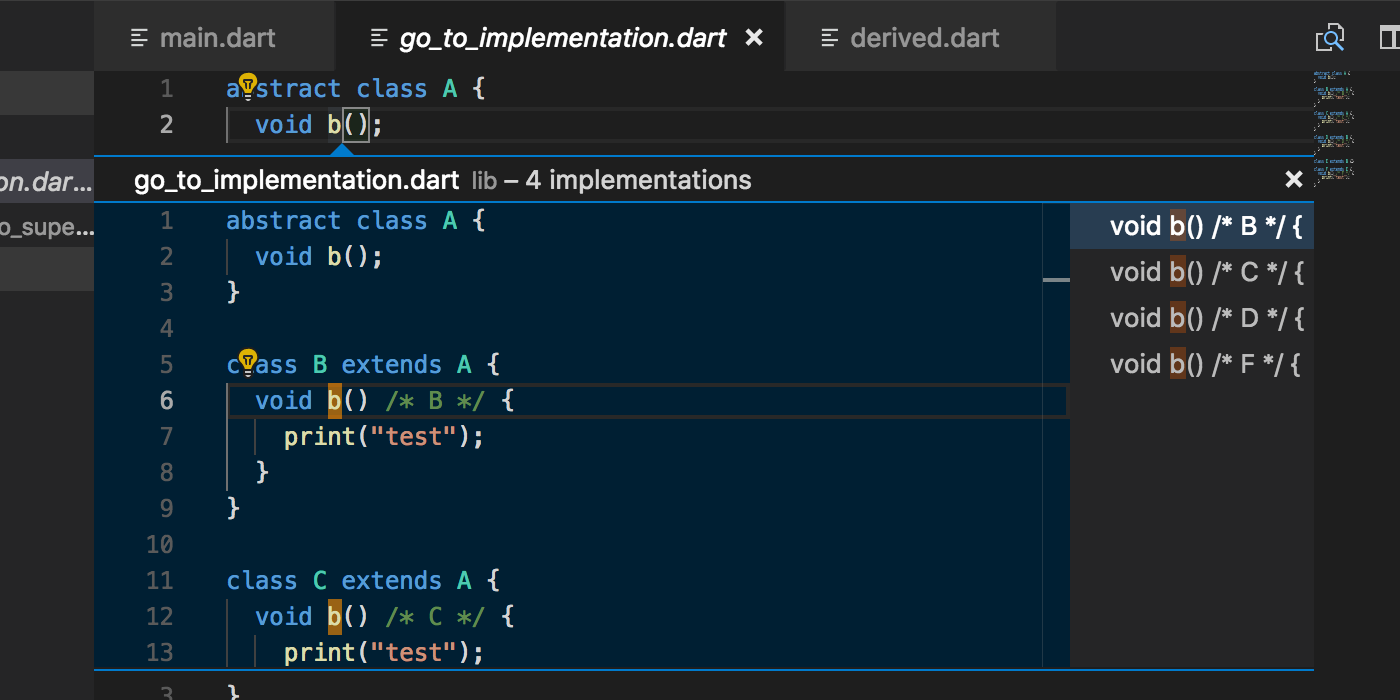 New context menu entries have been added to ios and android folders to allow you to quickly open them in Xcode or Android Studio.

The Dart: Capture Logs command has been extended to allow selection of which log categories to include when troubleshooting or reporting issues in the extension.