#3591: It’s no longer required to open or run a test file for tests to be discovered. Test files will be discovered automatically at startup and expanding them will discover the tests within.

#3606: All output from tests is now recorded in the test history, rather than only error output: 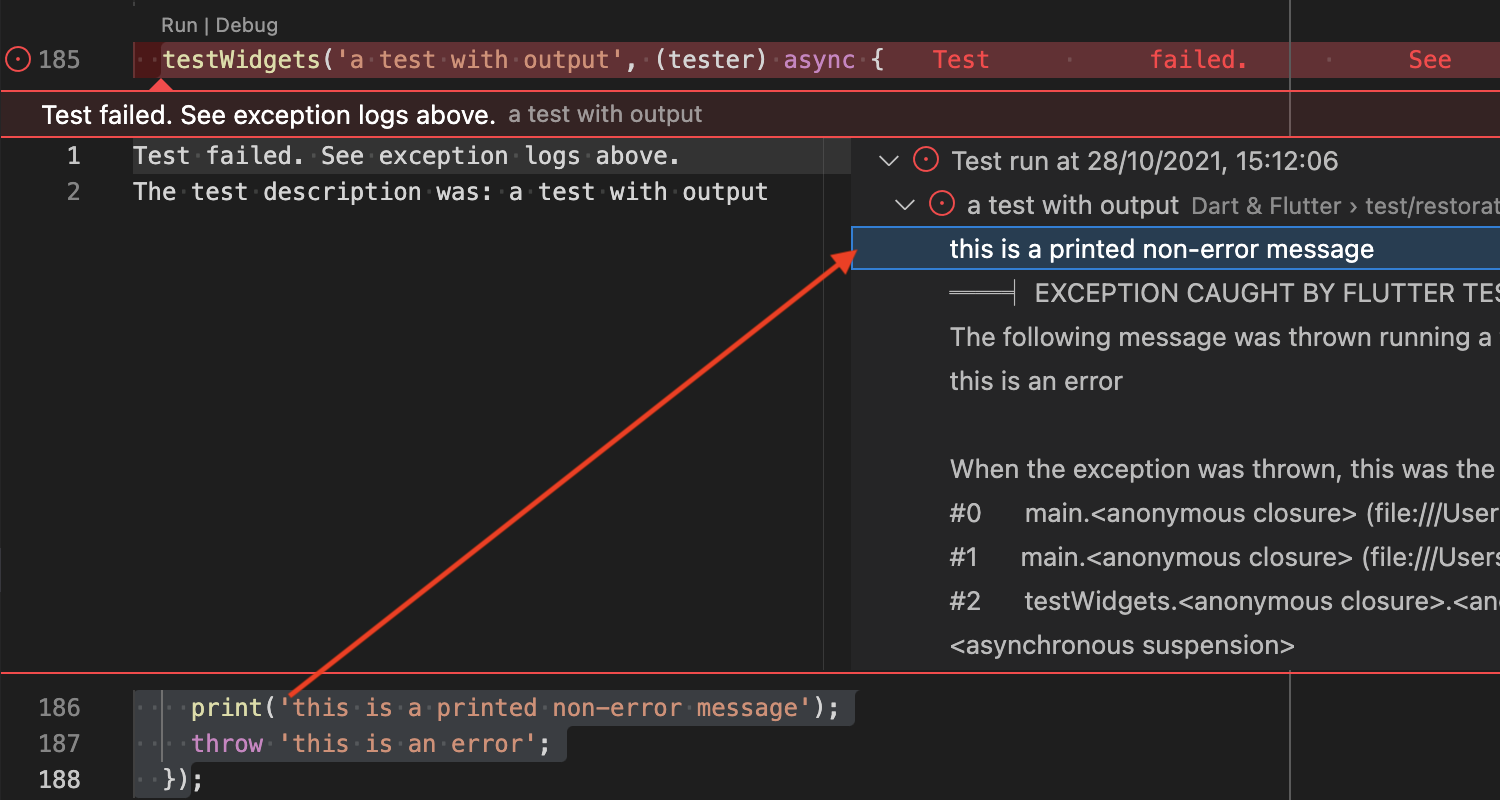 These items rely on changes to the Dart/Flutter SDKs that have not yet been released to stable channels. They will show up automatically when you update your SDK in future (or if using development channels depending on the exact version).