#3147/#3538: Initial support for VS Code’s new test runner is available behind the dart.previewVsCodeTestRunner preview setting.

The test runner in VS Code provides consistency across all languages and has some additional functionality that is not possible to build in extensions. In the coming releases the custom test runner in Dart-Code will be removed in favor of the VS Code runner.

The VS Code test runner looks a little different to Dart-Code’s and will persist results across sessions (this means you may see results from the last time you ran a test, even if it was in another VS Code session). 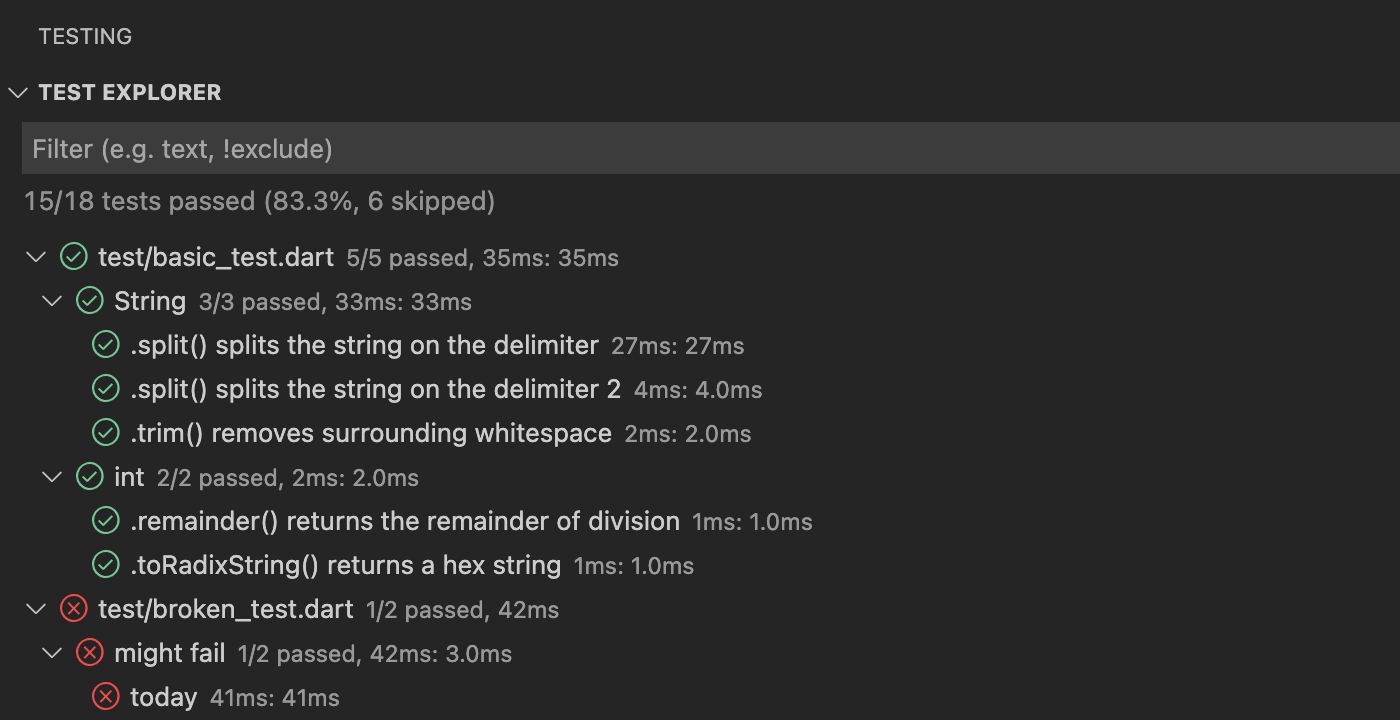 The VS Code test runner also adds new gutter icons showing the last state of a test that can be clicked to run the test (or right-clicked for a context menu).

Many of the existing Dart-Code test commands are available as built-in VS Code test runner commands (and in future, the Dart versions of these commands will be removed).

#2078: Version number completion in pubspec.yaml has been improved. Previously version numbers only showed up if you had previously completed that packages name, but now also show up for all packages that are in the saved version of pubspec.yaml. Versions maybe be annotated with latest or latest compatible to indicate whether there are other package constraints preventing you from using the latest.

These changes require an updated SDK so may not be available yet depending on your SDK channel and also may be unavailable if LSP is disabled (with "dart.previewLsp": false in your VS Code User Settings).