Functionality has been added to attach to existing applications (for example a native Android app hosting a Flutter view). To attach, ensure your device is connected but the Flutter view to attach to has not yet been created. Then run the Debug: Attach to Flutter Process command from the command palette.

This will begin monitoring the device waiting for a Flutter view to start.

Now load the app and/or interact with the app to cause the Flutter view to be created. This will enter a normal debug session that supports all of the usual Flutter functionality (inc. Hot Reload, Hot Restart, debug toggles). 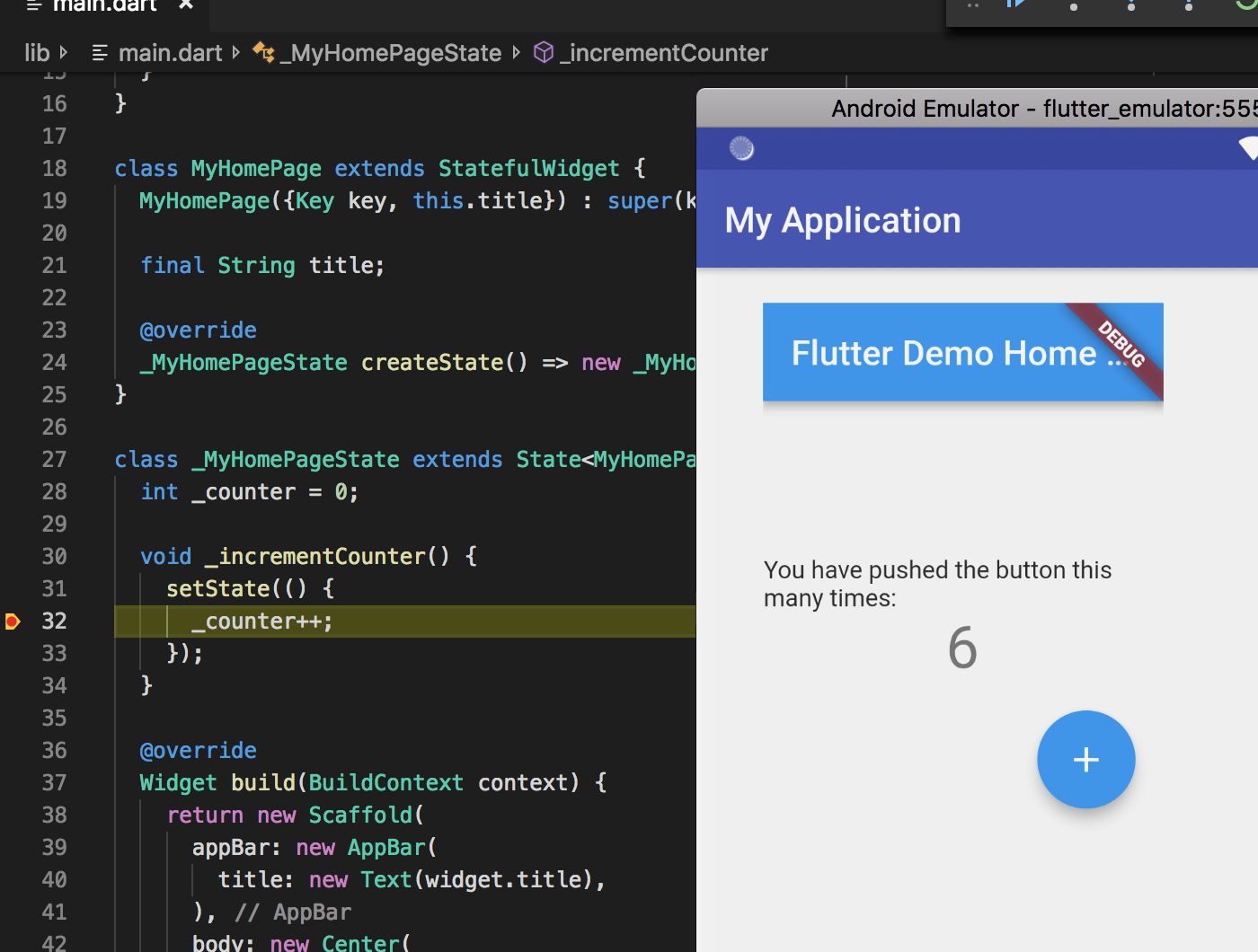 To detach from the debug session, click the Detach button on the right side of the debug toolbar.

For more information on adding Flutter to your existing app, see this page on the Flutter Wiki.