#1488/#2578: A new setting (dart.previewEmbeddedDevTools) has been added that allows running DevTools embedded inside the VS Code window. This feature is experimental and requires DevTools v0.2.6 or later. 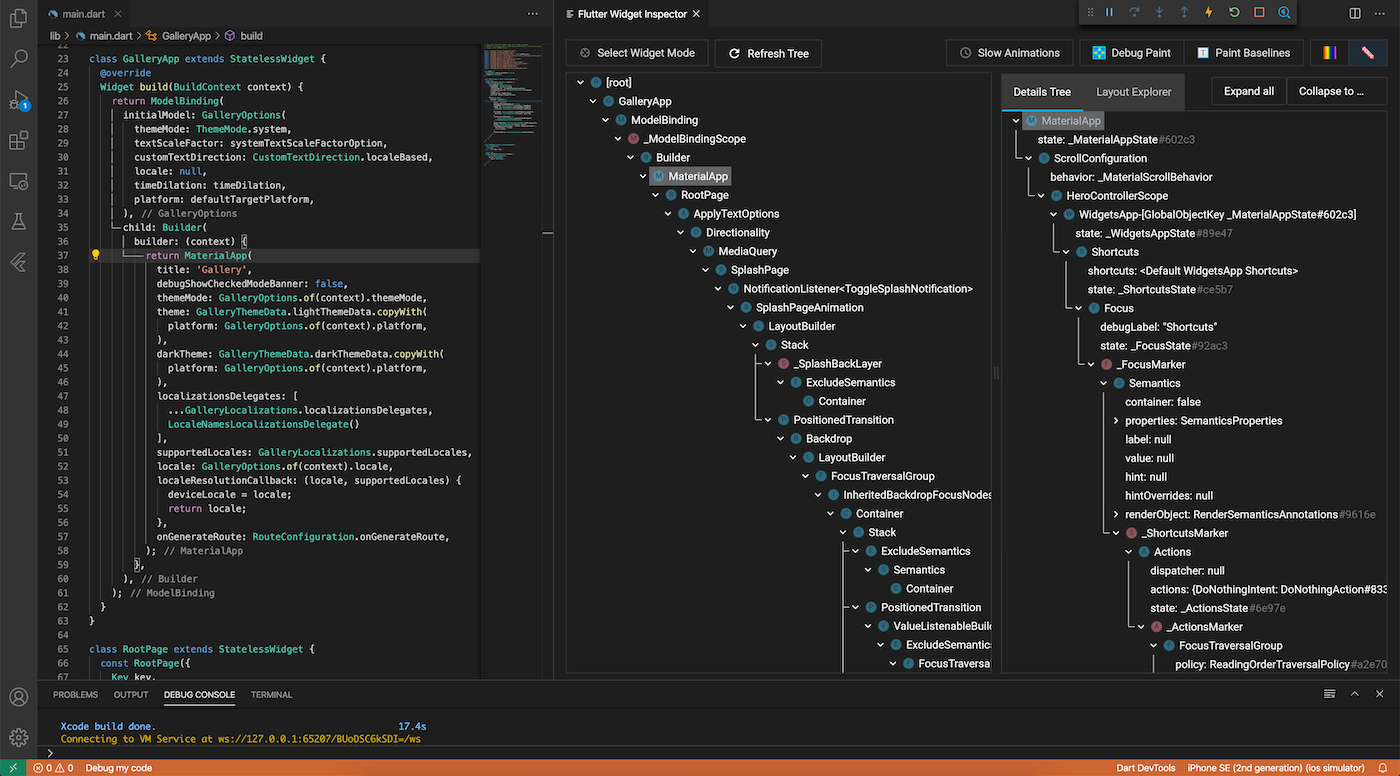 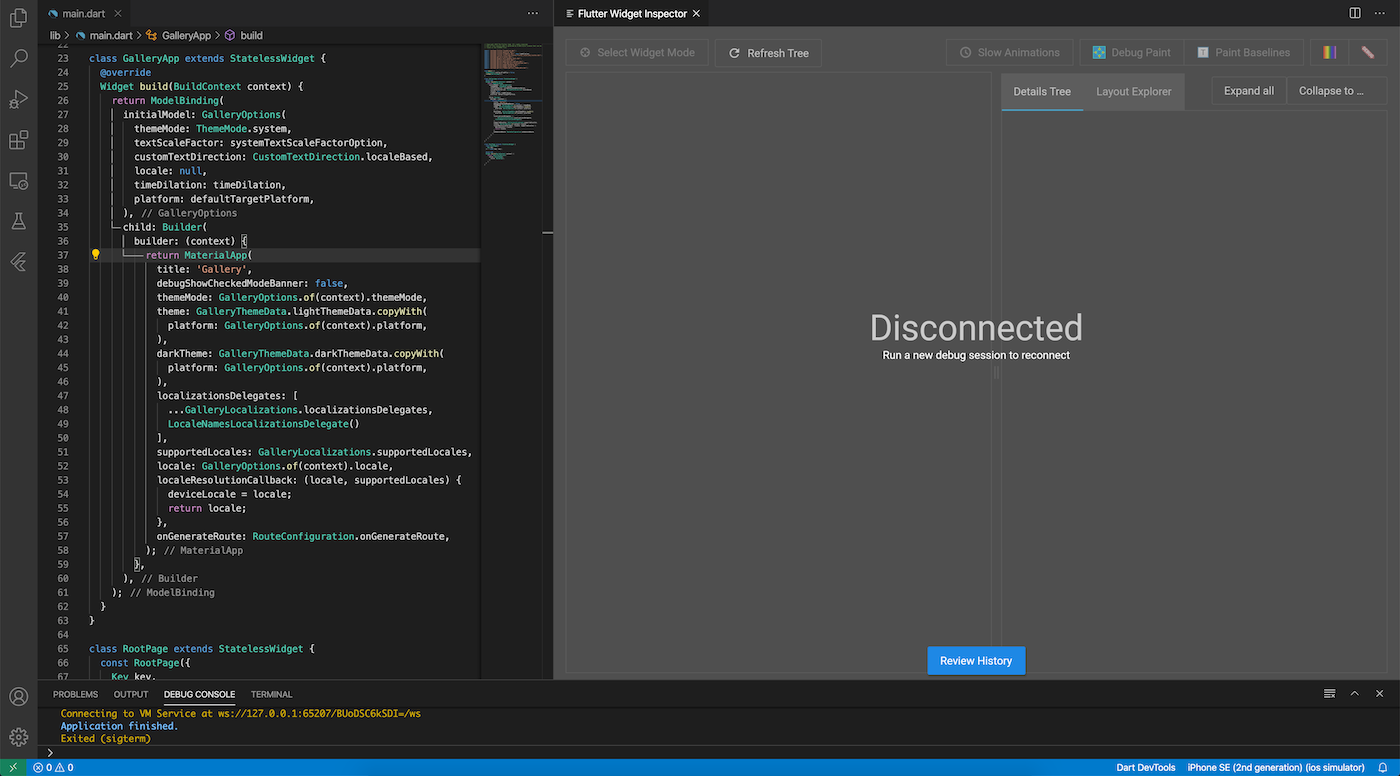 #2137/#2560: Calling dart:developer’s inspect() function will now print the object to the Debug Console in an expandable form allowing properties to be examined similar to the variables/watch panels. 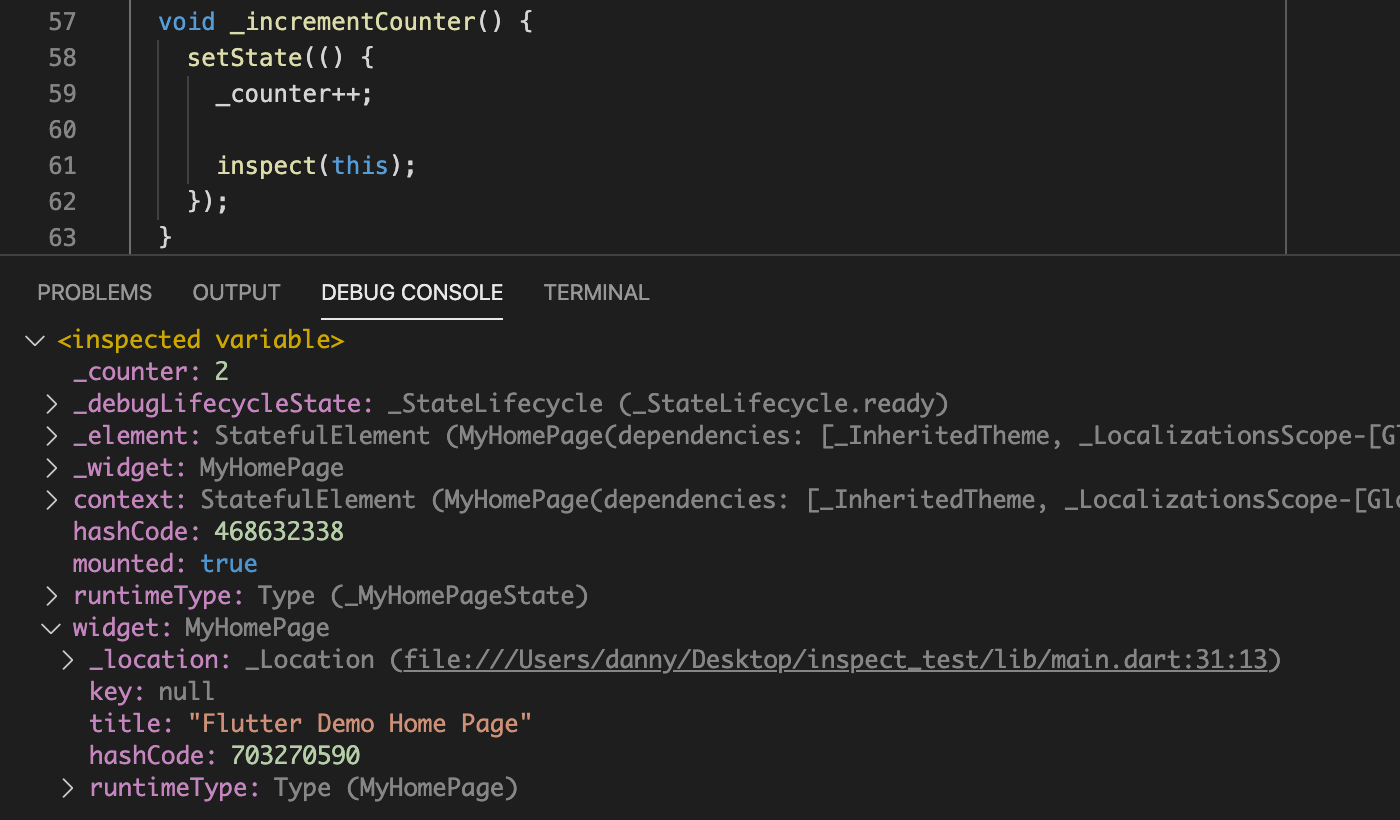 Note: This only works for non-Widget classes as the Widget Inspector also uses this function in order to navigate source code.

#2475/#2515: Both the Flutter Outline and standard Outline trees have been updated with some additional labels (including return values and text/icons for Text/Icon widgets).

#2482/#2507: The update-imports-on-rename functionality added in the last release is now enabled by default. Set "dart.updateImportsOnRename": false in your VS Code user settings to disable this.

Some issues have been fixed in the LSP server in the Dart SDK. These fixes only apply when using the preview LSP support ("dart.previewLsp": true in your VS Code user settings) and when using a new enough version of the Dart/Flutter SDKs (which may not yet include stable channels).